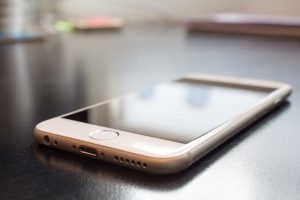 Having launched the iPhone in 2007, Apple has dominated the mobile phone industry. However, among all Android mobile phones in the market, it is Samsung that has become Apple’s biggest competitor today.  According to recent online reports, Apple has significantly increased its lead over its biggest competition Samsung since the launch of the iPhone 7.  If reports are to be believed, then Apple occupied 50% of the market share of premium smartphones while Samsung’s share was a meager 25% over the summer of 2016. Over the months the volume increased to 70% for Apple while Samsung held a scanty 17%. 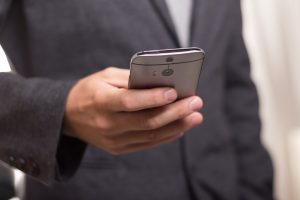 For Apple, it is the premium smartphones industry that provides a bulk of their profit. This is because the profit margin on an iPhone is huge as the cost of manufacturing it is twice less than its selling price. The problem with Samsung is that it caters to different market segments. Hence, Samsung not only needs to market its mid-range phones but also its high range phones like Samsung S7 and S8 which is actually competing with the iPhone 7. Moreover, Samsung suffered a real low point in 2017 with the note 7 fiasco and still requires much effort to face challenges from Apple.

From a consumer point of view, if you are considering a premium or high-end smartphone, then chances are that you will choose between the Samsung Galaxy S7, or S8 or the iPhone 6 or iPhone 7. While the iPhone 7 is priced at 599GBP,  the Samsung S7 is slightly less at 549GBP. While initial browsing may not reveal the details about both these phones. But on looking at them closely, you will clearly be able to point out the differences between the two brand models. To begin with, The Samsung S7 is slightly bigger, measuring 5.1-inches across the screen compared to the 4.7-inch iPhone 7.  While the iPhone 7 launched pressure-sensitive screens to make the phone easier to use, the Samsung S7 was not far behind with its sleek metallic exterior with a great build and good battery life. However, even then iPhone 7 still remained UK’s most popular choice and topped the list for many looking to upgrade. However, with the launch of Samsung’s flagship, Samsung Galaxy S8, most analysts perceive that tables may turn since S8 has taken the competition to the next level. Packed with cutting-edge technology and eye-catching looks, Samsung S8 has already created a buzz by setting a benchmark for Apple to achieve. While the Samsung iPhone 7 was the best version from the house of Apple, it is a matter of time before we realize whether Apple can hold off the threat by Samsung 8 through its release of the iPhone 8.

Reviewers have already begun noting the similarities and differences between the two models in online reviews. The Galaxy 8 is gorgeously curved with a pressure sensitive home button similar to that of the iPhone 7. However, with three different colors, the Samsung S8 is definitely fresh.